Sommeraktion 2017 – What is your life work, Vivienne Tuffnell? How would you describe your character of Verity in Little Gidding Girl?

Verity is a kind of „lost girl“. She’s a young woman in her middle thirties, married with a child verging on her teenage years, yet she is still herself somehow very much younger than her years. She’s almost a shadow or a ghost of herself. She’s the opposite of other characters I have created, like Chloe in Square Peg; instead of being assertive, she is timid and easily cowed. She’s bullied incessantly by her boss Juliet, and even her daughter Rose tends to push her mother around somewhat. But her name (as you have mentioned in your review) means TRUTH and in essence, that’s what she’s been looking for her whole adult life.

Can you tell German readers about the poetry Little Gidding Girl refers to?

The poetry the novel refers to is from T.S Eliot’s Four Quartets (Burnt Norton, The Dry Salvages, East Coker and Little Gidding) They are described as being four meditations with the common theme being man’s relationship with time, the universe, and the divine. The poem is divided into four sections, all originally written at different times, but which form a greater whole. Just as the poem is divided into four seasons, so too is the novel, though more fluidly rather than overtly stated, starting at the autumn equinox and ending in late summer the following year. I’d recommend the brief but excellent Wikipedia link to find out more about the poem: https://en.wikipedia.org/wiki/Four_Quartets

„What compels you to write?“ Do you feel there is some inner force that makes you write?

Yes, I do. I’m not sure how to describe it, though. Sometimes it’s a feeling that my voice and what I have to say is valuable to the world beyond my window. Sometimes, but more rarely, it’s a driving compulsion that cannot be resisted, something I have identified as a phenomenon known as hypergraphia. This phenomenon or condition usually is associated with either a form of epilepsy (temporal lobe) or with bi-polar disorder (which I am affected by), and is characterised by a powerful compulsion to write, write, and write some more. Those affected will write on their skin if paper is not available. For those who are not already creative writers, most of the output will be nonsense, streams of word salad, but for someone who is a trained writer, the output can be surprisingly lucid and often perfectly formed. People find it hard to believe that someone can simply sit down and write for a couple of weeks, producing perhaps a hundred thousand words of a novel that is complex and intrictately plotted without ever having planned any of it. But it has happened to me on a number of occasions. The human mind is a mysterious thing and a wonderful one. Little Gidding Girl was written in a slightly less frenzied manner but it does date from a time when words were pouring out of me in a flood.

Where do you find inspiration? Can you describe the process from inspiration to text?

In terms of where inspiration itself comes from, I’d say it comes from a process of observations of the world around me, of reading, of listening to music and the wind and the birds, and of letting everything sink deeply into my unconscious and letting it ferment and fester there until something rises up out of the primeval ooze. The initial spark of inspiration often inserts itself into a series of dreams that end up haunting my days. Little Gidding Girl had such a series to bring it to my consciousness, and then it’s a very different process of getting it to the page.
It’s a process of exploration (another theme of the poem too!). I don’t usually know where a book is going till it’s gone there. I’ve never really planned a novel. I just do the equivalent of putting on my walking boots, packing a few days‘ worth of supplies and see where my feet take me.

Do you write with a specific reader or group of readers in mind?

That’s a hard question, really. I don’t tend to think in terms of who’s going to read anything while I am writing something, only afterwards. The story is all. I let it write itself and only then think about who it might be best aimed at. I’m not much good at the concepts of marketing but I think everything I’ve written is written for people (both men and women, of all ages and backgrounds) who are asking questions about the nature of reality, of time, of God, of the unseen and the strange, in life and in death. The big questions, I suppose. I don’t aim to answer those questions, just to explore them a bit further and perhaps people can draw their own answers. That’s one reason why I try not to explain the stories or define what they’re about. I’ve seen in reviews that readers have drawn some very different things from the books; things that are there but that I did not consciously aim to include. That’s good. It means the books have a life, a consciousness that is not narrowly defined or controlled by me. I think, though, that I write for the people I’d enjoy an afternoon with, by a river, drinking coffee or wine or beer or tea (insert beverage of choice!) and eating good food and discussing life, the universe and everything, putting the world to rights and asking more questions that we can ever answer in one lifetime. 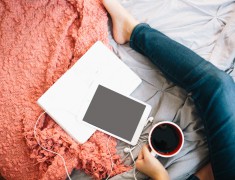 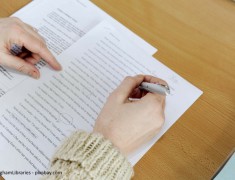